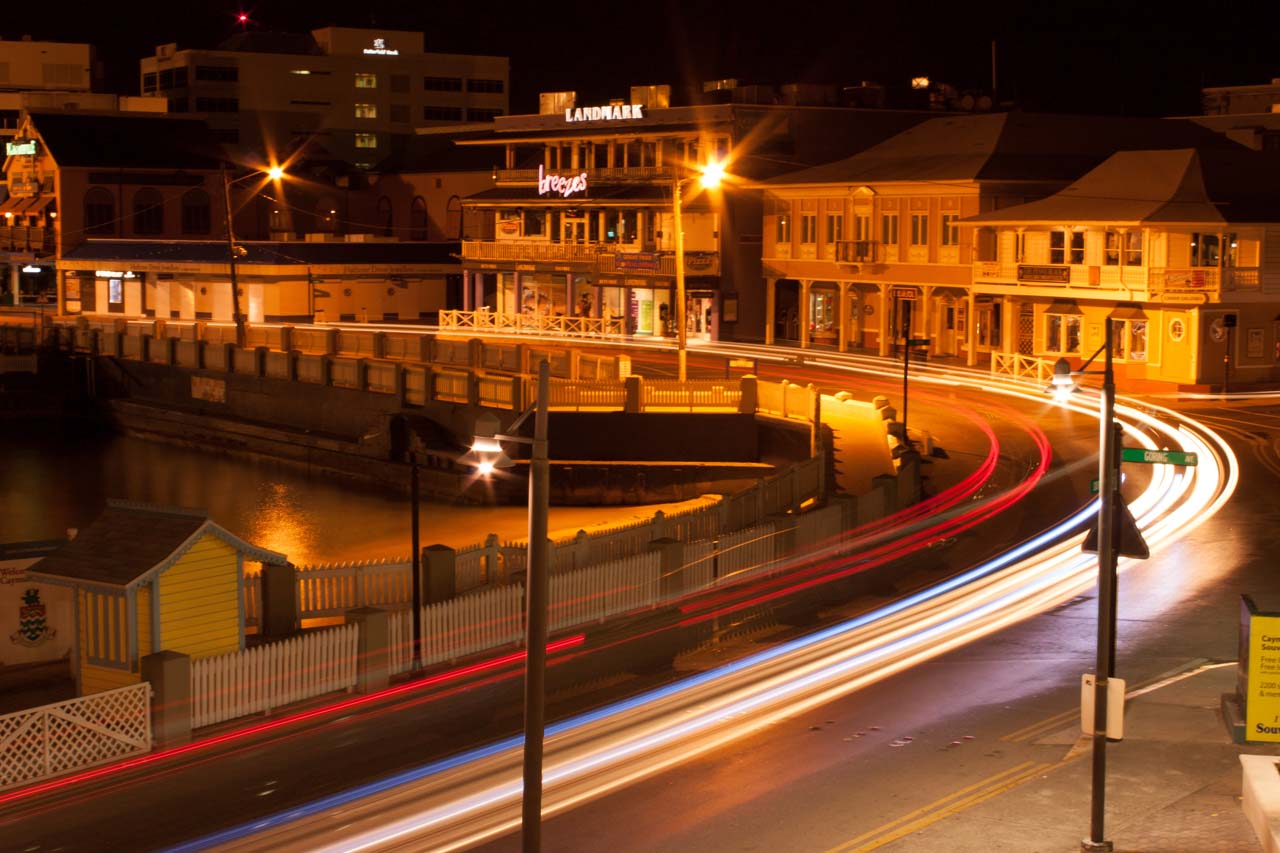 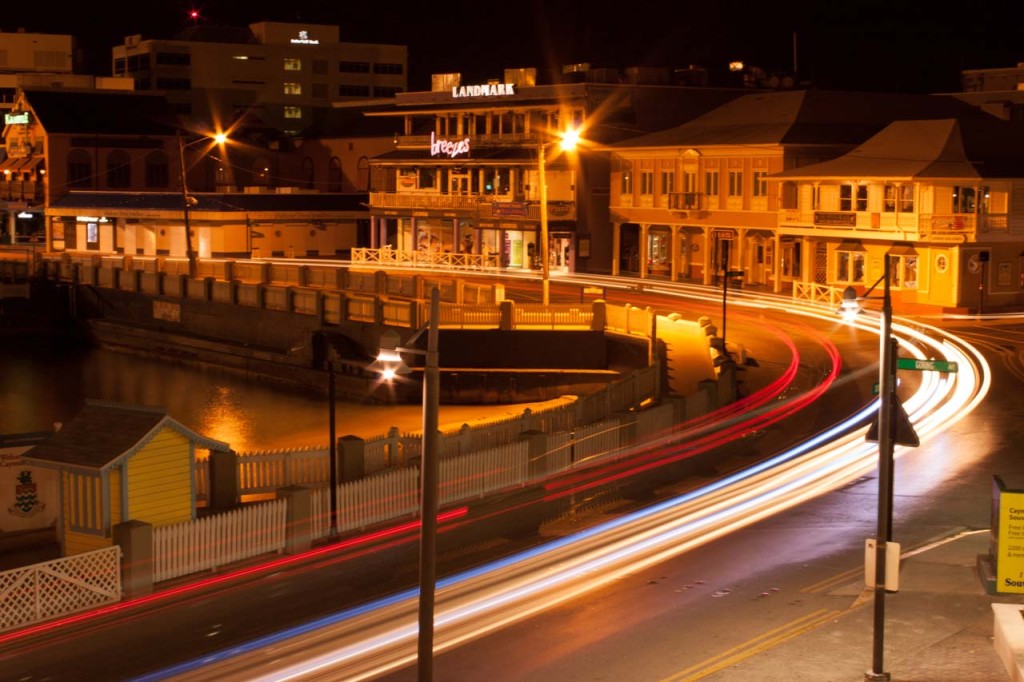 This is one of my favourite shots, I was commissioned to do it by Appleby Global Cayman Islands. They requested an image of the George Town waterfront at night. They needed it to depict movement inline with their current theme.

I shot this with a Canon Rebel XSi. I used a 18-55mm lens and a tripod. The tripod was important as I used a 20 second exposure. What made this difficult was getting the timing right, let me explain. There could be no shake from the point of shutter release till the lens closes. At this point I did not have a remote trigger which meant I had to manually release the shutter… or use the 5 second timer. It took awhile to get the timing just right so that I could get the headlights of an un-coming car and then it’s taillights.

Since submitting it to Appleby Global they have used it numerous times, on websites, brochures, banners and more. I’ll have to be honest it’s been over a year since I’ve taken this shot and I still feel a sense of pride whenever I see it.

Visit their website Appleby  to see it and other images from their various global branches.